Since I was  teenager, I have always had a sketchbook. Sometimes, I have been reticent to use it, as it takes a certain level of focus to have a worthwhile sketchbook “practice.” However, as I look back through the large stack that I have gone through over the years, I am so glad to have engaged in this activity. In fact, I wish I had dedicated more time and energy into them. Going back through the pages, sometimes I remember where I was when I made a specific drawing and sometimes I don’t. It’s a little spooky to me when I read something that I wrote in the margins that I don’t remember at all, such as references to a book I don’t even remember reading, or a dream I don’t remember having. Some of the drawings are just for fun, some are documenting things I was interested in/studying, and some are working out ideas for two dimensional works or sculptures.

As I look back through the pages, interesting trends emerge. One of the most obvious is my interest in structure, whether it be architectural or anatomical. In my earlier sketchbooks, I wrote more, and boy is there a lot of confusion, searching and angst going on. I am relieved that although my current life is not without insecurities, the extent to which they dominate my thoughts is much more sustainable!

I have started to require a sketchbook for the Drawing I class that I teach at Wesleyan. Some students don’t take advantage of it, and others dig in and create page after page of interesting stuff. I am not exactly sure what makes keeping a sketchbook appeal to some people and not to others, but one thing is sure: everyone likes to look at them! I think the appeal lies in the surprise of not knowing what will happen next when you turn the page, and the extremely personal nature of the content.

Of all the benefits of keeping a sketchbook, I think the most valuable one for me was learning how to draw. It was in my sketchbook that I made many of my biggest breakthroughs in understanding how to translate the three dimensional world into two dimensions, and also how to do so with a personal mark-making technique that I enjoy. My all time favorite sketchbook is from the Fall of 1994 when I began my studies in Rome. That sketchbook contains my most exciting page turn where I went from a bland drawing of an alleyway utilizing shading with pencil to a much more exciting drawing of a church interior using, of all things, ball point pen. The lines are accurate but full of energy, and the difference in line weight lends a wonderful sense of space.

Of course, my sketchbooks contain page after page of bad drawings and failed experiments. However, it is the freedom to make a mess that makes possible tremendous growth. Although they are not the pages I would share with others, I value the messy pages as much as my favorites. 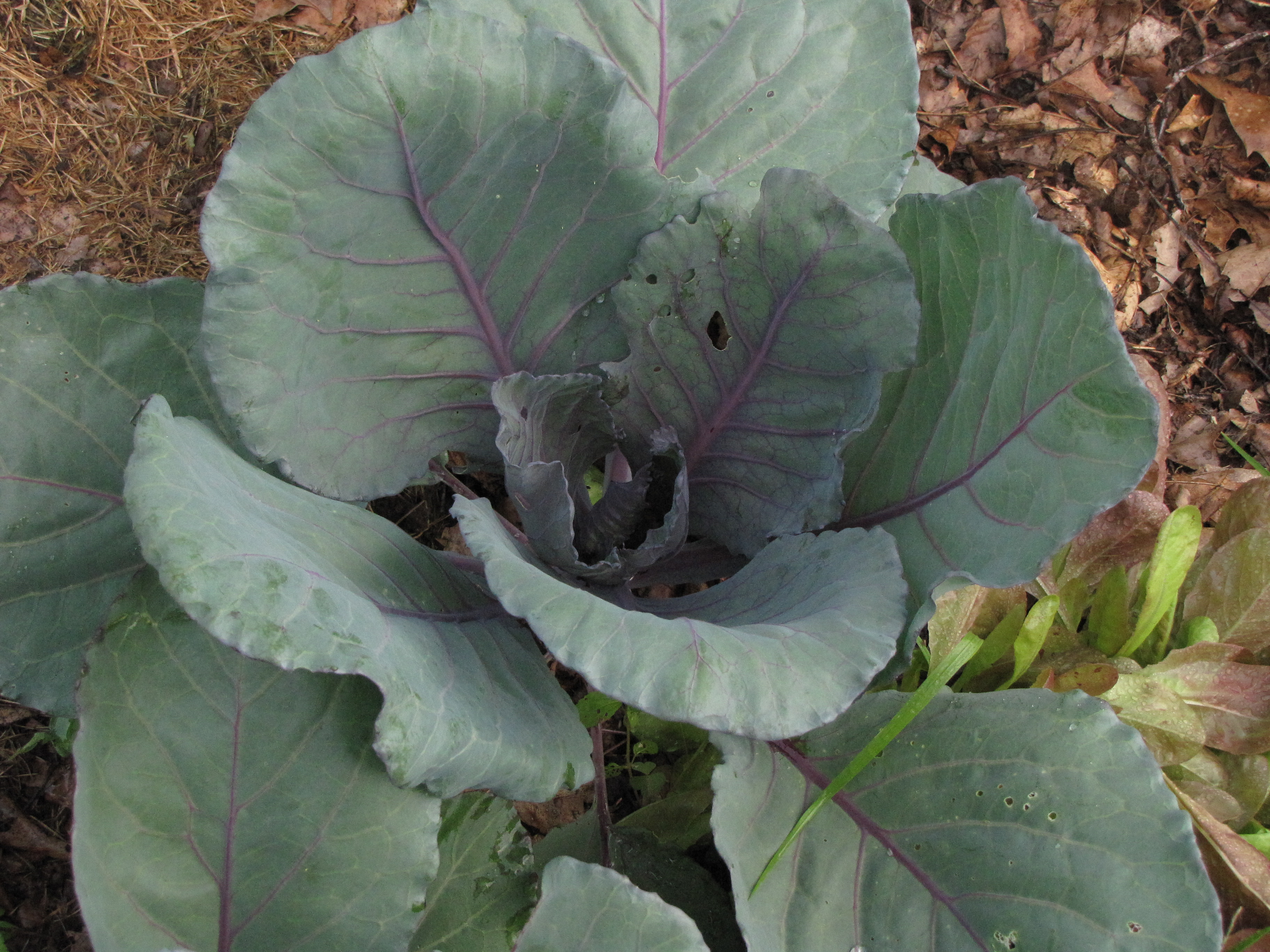 Until recently, it had never occurred to me to buy a red cabbage. Green cabbage was seldom on the grocery list, in fact. I just wasn’t crazy about cabbage aside from the occasional use in slaw or soup. I can’t remember exactly what started it, but about a year ago I started shredding red cabbage into salad and I have been hooked ever since. The crazy thing is that it is more about color than taste. Which leads me to wonder exactly how much the appearance of what I am eating enhances my perception of taste? Obviously great chefs are aware of this phenomenon and I am sure plenty of interesting scientific studies have been devised around this subject. However, I am satisfied just to revel in the intense purple against green lettuce, spinach, or even kale. Throw in some bright yellow corn and my eating bliss is complete. Other fringe benefits of red cabbage: it’s really cheap, stays good for a very long time, and my guess is that it is pretty healthy, as well.

So spurred on by my new culinary inspiration I planted red cabbage this year in the garden. So far, the plants are gorgeous with green and purple giant leaves, but no cabbage “head” yet. I keep looking in anticipation as the inner leaves curl ever tighter. These cabbages are my “experimental” plant this year in the garden, and so far much better than the celery experiment last year which never actually emerged from the soil. Will I notice the difference between store bought and home grown cabbage? At this point I suspect no, but the beauty of it in my garden may make it an annual planting anyway.

When I completed my first semester as an undergrad at the Rhode Island School of Design, I had to chose a major. RISD has many interesting majors to choose from, how could I possibly know if I would enjoy film and animation, industrial design, apparel, etc… without ever having taken a class relating to those fields? So I asked myself, what have a I enjoyed the most during my one semester? The answer was drawing. However, of all the majors that RISD offers, drawing was not one of them. So, I ended up in illustration for a semester, as that seemed closest to drawing. It was an unhappy semester which was discouraging after the thrill of the freshman foundation program. By the next semester I was a sculpture major, which was a better match. My junior year was spent studying in Rome where I kept an elaborate sketchbook, learned black and white film photography, made some sculpture, but mainly absorbed as much as I could. Of all that I did during that year, it was the drawings in my sketchbook I felt the most proud of and connected to. Post graduation, I didn’t find it easy to continue making sculpture, although I was building and designing sets, props and puppets for the youth theater I was working for. I explored printmaking and eventually got a graduate degree from the Hartford Art School where I learned all about relief printing, monoprints, etching and lithography. Printmaking seemed like a way to make drawings, but have them be “real art.” Somewhere along the way, I had become convinced that drawings could not be final works, and were instead only a way to work through ideas or make studies.

Imagine my surprise when I saw the work of Leslie Snipes, who I met when she was hired by the Wesleyan Art Department in 2003. Her drawings at that time were imaginary landscapes completely built of meticulous placed graphite lines. Subsequently,  I learned about Sol Lewitt’s wall drawings and got a book on the drawings of Louise Bourgeois. I gradually became aware of many artists who were using drawing as a beginning and an end. As a result, when I found myself for the first time with my own studio in January of 2010, I thought about what I wanted to do in the space and determined that I wanted to draw, not as a study for a sculpture or a print, but purely for the love of it. I tacked big sheets of paper to the walls and just started making marks. Two years later I am still following the same process, and enjoying the process of making art more than at any other point in my life.

Drawing is immediate gratification. The direct action of making marks is deeply pleasurable. The feeling of dragging charcoal across paper is sensual and profound. I am intrigued by the residue left behind after erasing as much as marks themselves. While I enjoy drawing from life, I see that activity as simply a means to make beautiful marks. In my own work, I use marks as the inspiration to create illusion of form and space.

I find it strange that as an undergraduate at RISD, there was such an emphasis on drawing as a foundation skill but only as a means to an end. I now see drawing as both means and end, and am quite relieved and happy to have come to this conclusion.